Starting a company is a walk in the park, more precisely Jurassic Park. This is a story of lessons learnt, bad experiences, and a near bankruptcy experience of a group of friends who unknowingly built a company at 18 years old in 2008. From coaching Robotics CCA in schools to starting their own maker product line, the sharing will outline how the team made both wise and stupid decisions at various milestones and the maxims they lived by, including “The best product does not win”, and “If you are good at something, never do it for free”.

The following is adapted from a talk given by Alan Yong, Tech Director of Nullspace, at Maker Conference of Maker Faire Singapore.

Good afternoon, I am Alan from Nullspace. We have heard several amazing speakers talk about their journey as a maker, and the projects that they are working on. Today I will like to share my journey as a maker and entrepreneur, to share some of the things I have learnt running a maker company. 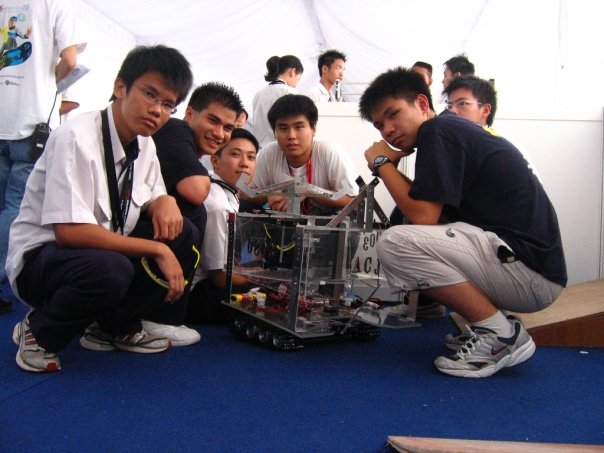 As an introduction, I have been in my schools’ Robotics Club since I was in Primary School. When I enrolled in university, I fell to the dark side and studied Finance instead. I worked in Finance for 3 years, first as a derivatives trader, and later as quant analyst. I was basically writing program scripts to analyse financial data and to optimise investment portfolios.

Through this period of time, we were running Nullspace on a part time basis on top of our studies/full time work. In Jan 2016 I left Finance for good and joined Nullspace as a full time staff. Today I will share some grandfather stories about the things I learnt running and managing the business.

As a team we are all first time entrepreneurs. When we started out in 2008 as robotics coaches for schools, we were averaging around 19 years of age. We started with the goal of earning more pocket money for us as poor students, and of course doing what we love was a bonus.

The first few years for us was pretty smooth sailing. We hired our friends to work as part timers for us, we ourselves managed to secure more new schools with each passing year as our track record of training schools became stronger. At that time we we were still operating out of our bedrooms hence we did not have any major overheads to cover.

When we decided to expand the business, we faced a lot of difficulties when it came to hiring full time employees, paying rent, maintaining proper accounting. We did not realise it, but we were the classic example of the Dunning-Kruger Effect; we thought we were king of the industry, oh how wrong we were. 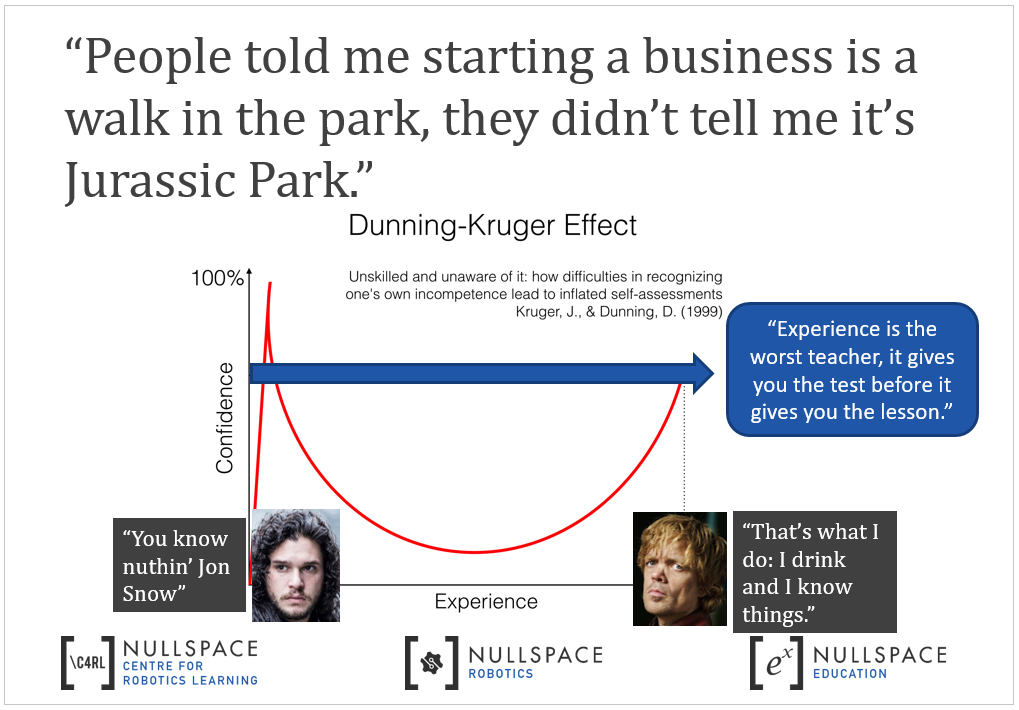 Of course the goal is to move from naivety to experience, but the journey is far from easy. It is true that in order to gain experience, we have to learn many lessons along the way. And usually that means failing the “test” repeatedly before we finally get it.

Be financially conservative, be realistic.

When we started Centre for Robotics Learning in 2013, we wanted to tap into the private enrichment market that we felt was ready for engineering and coding based enrichment classes. At that time, we already have a strong track record training schools, our school teams have consistently done well for competitions. We thought it will not be difficult to translate our track record into paying customers.

Being the SMU Finance student, I did most of the financial projections for this new venture. The biggest mistake I made was to be overly optimistic about our class take up rate. I assumed each class that we put out will be at least 60% full.

After estimating your cash flow, double your expense and half your revenue.

Boy was I so far off.

The chart shows the monthly cash flow for C4RL operations for the first 2 years. Every month that we were operating, we were losing money on rental and manpower. Initially we pooled together $30,000 to start this new venture, but we burned through it all by the end of 2013. We raised another $10,000 to stay in the game, and by Oct 2014, we burned through that as well. 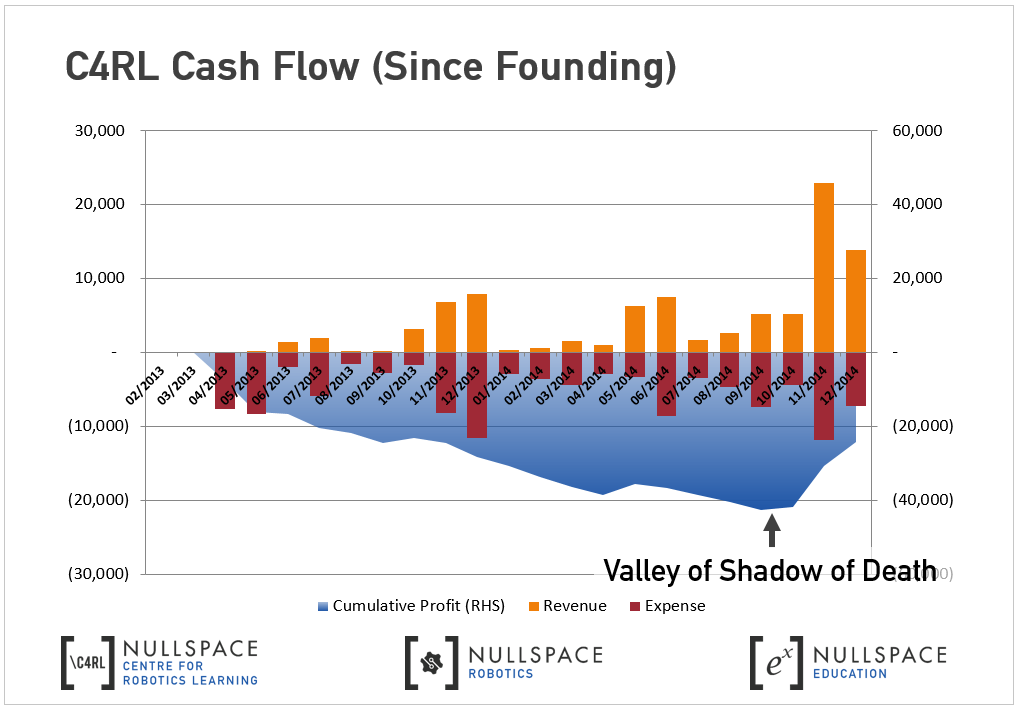 What do you do as a founder at this point? Do you continue to believe that things will turn around or will you cut losses? I have already taken out a personal bank loan to fund this operation; it was money that I was prepared to lose, but the thought of working so hard to have it amount to nothing was something I wasn’t willing to accept.

By luck or divine providence, the last 2 months of 2014 brought in more revenue than the 12 months preceding it. Till this day we do not know what happened. There was no extra marketing effort or sales on our part. I guess the business finally took off.

In startups, success is the exception not the norm.

And so we survived the “valley of shadow of death”. The funny thing is that it is only a valley if there is an uptick, an upwards climb. If not, we call it the “slippery slope of death”. And when you are right within it, you never know which is which.

The best product does not win.

In 2016, we started a mail order electronics project service aimed at the general public who wants to learn electronics. This product line became ThinkCrate.

At this point, we have always been an education service company, our strength lies in running classes and coaching students. We have never done much product sales before, much less a product line that we created. 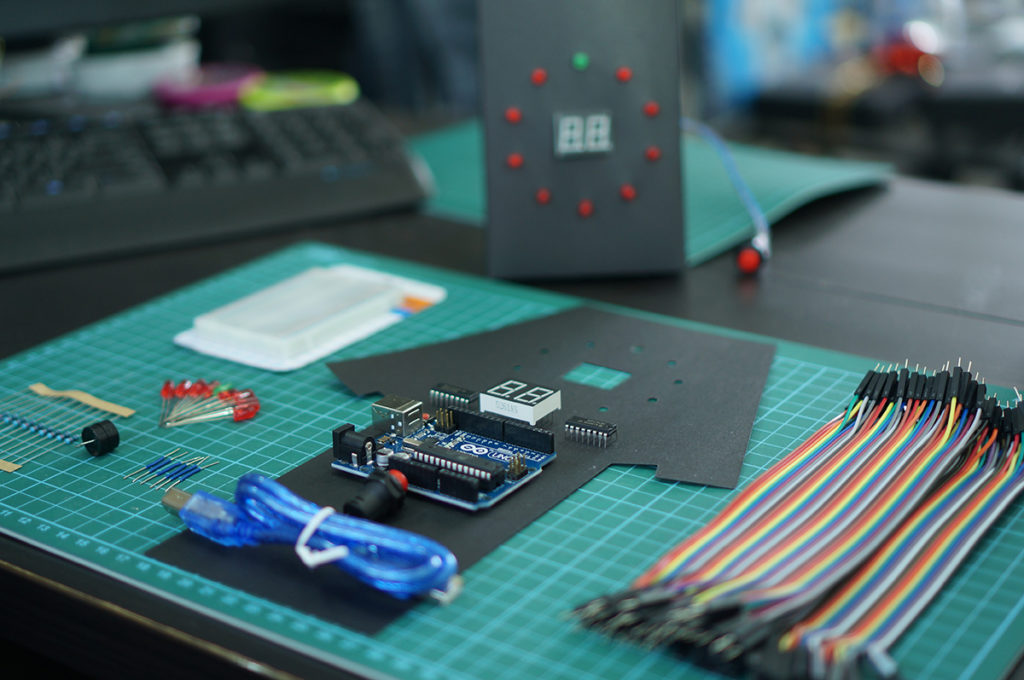 Components of a ThinkCrate project

Makers are by nature Engineers, and Engineers are problem solvers. It confounds us to think that the product with the best functionalities or tech specifications does not sell. Why would anyone go for a sub-par solution?

Let me tell you something, the product is the easiest part of the business plan. Getting the marketing, the distribution, the client servicing right, that is really difficult. Very few makers get it right, and companies like Adafruit and SparkFun are good examples to model after.

The last point I have is about financing and making business decisions.

When we started Nullspace in 2008, we bootstrapped ourselves; we didn’t have high costs hence we just reinvested our profits to expand the company. When we started C4RL in 2013, we pooled $40,000 and reinvested it to become 2 enrichment centres.

Up till this point we have not taken any external financing to fund the business expansion. It was a conscious decision on our part to boot strap at this stage of the company.

Just because an opportunity present itself doesn’t mean you have to take it.

But this decision was not easy to make. After we survived the “valley of shadow of death”, an angel investor swooped in and offered a large sum of money. After our near death experience, this investor indeed looked like an angel to us.

We wrestled with the decision and during this period, I met with a business mentor who told me “just because an opportunity present itself doesn’t mean you have to take it”. She questioned how much the investor can bring to the table other than the money, and if that was what we really needed at this point.

As the company grew larger and more people know about us, the number of unsolicited requests for “business partnerships” and “collaborations” increased as well. Some of these people can open you up to new networks and opportunities. Others are simply a waste of time. Sometimes it might not be clear which category they fall under.

As a team our default position is to say no to such propositions unless they fall in line with our specific business direction. While it may be tempting to commit to every industry event or team up with your competitors to expand the market, it is more helpful to recognise your company’s value and your company’s values before every major business decision.