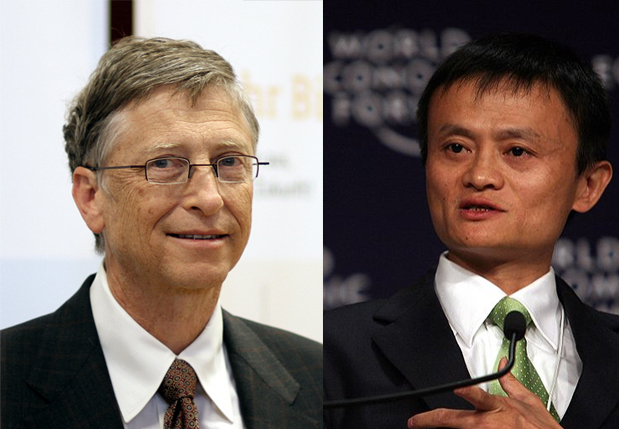 In a culture that celebrates hard work and success, externalities is an oft forgotten attribute.

A few days ago, famous YouTube vlogger John Green (of the vlogbrothers) uploaded a video entitled “Deserving”. Followers of the channel would know about John’s latest book The Fault in Our Stars, a young adult novel about a 16 year old cancer patient named Hazel, who falls in love with 17 year old Augustus Waters, an ex-basketball player and amputee. The book turned out to be a success and was adapted into a Hollywood movie, much to the joy of his fans. John made a few videos describing his experience touring with the cast of TFiOS around the United States (here and here ).

People keep congratulating me after they see The Fault in Our Stars movie as if I did anything, but all I did was get lucky. Lucky that the book was published so well, lucky to have a great cover, lucky that the people I sold the movie rights to happened to be brilliant… I didn’t make savvy decisions in this process or anything; I just got lucky. There are much, much better books that have been made into terrible, terrible movies.

I happened to be born into a rich country and I happened to be born male and white in a culture that privileges male-ness and white-ness. And I write in English… which is a massive advantage. I mean Young Adult writers writing in Latvian, even those far more talented than I am, rarely find broad audiences. – John Green

What John has said is nothing new. Our birth attributes (nationality, ethnicity, gender, familial social status and so on) are entirely outside of our control, yet indisputably have a huge influence on our lives. Later on in life, externalities play out in inexplicable ways: a chance meeting that leads to marriage, an upset stomach on interview day, a major road accident etc. JK Rowling was turned down by 12 publishing houses before Bloomsbury finally took her in. It is just as probable for her to have found no success with her Harry Potter manuscript in a parallel universe. Today she is a self-made billionaire.

This is in no way disparaging the hard work that Rowling and various successful men and women have put in; as they say: Luck favours the well prepared. But we often forget the many others who have put in equal, if not more, effort in their endeavours, and have not found success.

Interestingly, humans have a self-serving bias that attributes success to one’s effort or ability, and to attribute failure to circumstances beyond their control. Traders frequently exhibit such behavior, attributing their profits to their stock selection skills, and their losses to “unexpected market moves”, and “unforeseen tail events”. This bias exists because of a need to enhance our self-esteem/self-worth, and is stronger in people with a higher external locus of control.

To hear John Green, a successful author, vlogger, and educator (and someone listed as Time’s 2014 100 Most Influential People) say that his success is due to luck is both humbling and honest.

Bill Gates and Jack Ma are both well-known tech entrepreneurs who built successful companies and products that are used worldwide. However their views on success attribution cannot be more different.

Ma is the founder of Alibaba.com, widely recognised as the most successful tech entrepreneur in China. Ma was not born in a privileged family, and he found success through pure grit and determination. He frequently espouses the belief that success comes to those who work for it, and to face life with a positive attitude. In this video, Ma addresses a group of young Chinese audience on life (video in mandarin).

Ma is outspoken and over the years of public speaking, has made several sharp remarks from entrepreneurship to environmental causes. In 2014 Ma made a speech about success which became widely circulated online. Ma said that a person fully deserves his lot if he is still poor by 35 years old (article from Yahoo Taiwan in Chinese).

You are poor because you have no ambition: In this world there are things that we do not dare to think or do, but there is no such thing as things that cannot be done. How wide you ambition is will determine how great your future will be.

Ma has a strong following on his gospel of self-belief. While his speech might seem over the top for some, one cannot help to have a healthy respect for someone who has managed to rise above his circumstance in such a spectacular manner.

Gates is someone who found great success in the tech industry as well, but the similarities between the two ends there. Gates was born in an upper-middle class family and attended private school as a child. When he was in 8th grade, his school managed to buy a block of computer time on GE’s computer. This kick started Gate’s interest in programming.

Gates frequently remarks that luck played an immense role in his success story, and that “I was born in the right place and time”. In a letter which he details his frequently asked questions:

I was incredibly lucky to become boyhood friends with Paul Allen, whose insights proved crucial to the success of the company we founded together. Without Paul, there would have been no Microsoft. Our timing in setting up the first software company aimed at personal computers was essential to our success. The timing wasn’t entirely luck, but without great luck it couldn’t have happened.”

Getting What We Deserve

Success gives people a lot of leverage to action for change and betterment in this world. People look up to successful men and women, and follow their call. They can garner people to noble causes, and start projects which would otherwise not have happened.

Whether we feel that we are entitled to our own success plays a huge role in our relation to humanity at large. If I had to give all that I have, my social life, my mental energy, my sleeping and waking hours in order to reach success, I will naturally feel that I worked hard for it, I deserved it.  The converse is true as well, people who see their own success as a gift from the universe, from God, a fortuitous event in life, will be more readily to share that with others who are dealt the opposite hand.

John and his brother Hank Green started a campaign Project for Awesome (P4A) in 2007 to encourage YouTube users to create videos advocating for charities and raising money for various organisations. In 2013, they raised a total of $869,171. The Bill & Melinda Gates Foundation has likewise channelled money to fighting extreme poverty and diseases, and promoted educational and equal opportunity.

It takes a certain humbleness and recognition that personal success is not the end goal of life, and we should use our lives as a means to helping people get what they deserve as a human being. As John Green says at the end of the video, and I could not have put it more succinctly:

All this Fault in Our Stars movie stuff is not happening because I am a good person; that’s not the way the world works. And I hope I can remember that because when you start to think that the good things that have happened to you have happened because you worked harder than other people, or because the universe prefers you, you start to see the world with this weird, self-centered myopia, and you don’t commit yourself to lessening inequality or to supporting marginalised voices because you don’t think there’s a problem. You start to think that the world is as it should be.